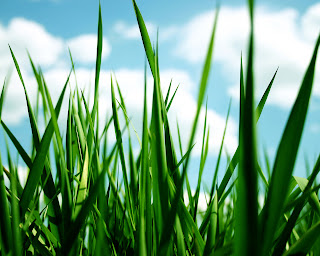 Let us consider grass for a second. We live in a world dominated by it. Our three most important food crops-rice, maize, and wheat- are all grasses. Grass is the dominant plant in savannas, prairies, steppe, and marshlands- even in forested areas grass is often the dominant ground cover. The vast majority of our characteristic megafauna is dependent on it- elephants, rhinos, horses, buffalo, hippos, bison, sheep, kangaroo, and antelope to name a few. Smaller fauna such as passerine songbirds and most rodents are also heavily dependent on grasses. Smaller still but equally dependent on grasses are the invertebrates- countless grasshopper, termite, moth, and butterfly species would not exist without grasses. And don't forget the predators- the wolf, lion, eagle and anteater all play their respective role in grassland ecosystems. Likewise our main symbiotic prey species- cows, sheep, chickens, pigs, goats- are all heavily dependent on grass resources. And don't forget that beer and whisky come from grass too.

Now try and imagine a world without grass. No prairies, no bamboo forests, no reed beds, no savanna. No rice, corn, barley, wheat or rye. No ruminants chewing the cud. No herds of grazing mammals. No manicured, unsustainably watered lawns of the upwardly mobile colonizing hominid of the American west. No beer. Repeat- NO BEER.


But in this world there would still be large herbivores and carnivores- in fact larger by several orders of magnitude than modern ones. Rodent-like mammals would be present and still abundant. Seed eating birds would be around- but would be different in many ways from modern seed eating birds. Social insects would be starting to flex their muscles in ecosystems around the world.

But the pivotal role grass plays in modern ecosystems would be played by other characters in these ecosystems.

And the world you are imagining is the Mesozoic.