Chances are whatever you eat, somebody probably has an opinion on why you should or should not be putting that food in your body. Especially in an increasingly hectic and perplexing world politico/socio/ecological/climatic arena what food we eat and how/what we grow to consume will become increasingly important considerations. But generally speaking being a particularly picky eater is a first world choice. If you live in a part of the world where caloric choices are limited whether or not that rice you eat is a GMO or if that cow you eat is grass fed are of no concern to you- because you are too hungry too care. 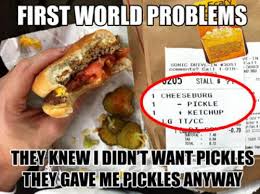 And animals in the wild are much the same- all things being equal they will choose the most nutritious, calorie rich option available. And during times of limited resources/low plant productivity herbivores will fall back on some interesting food choices to make it through until better times. One of these fallback food stuffs for many herbivores is lichen.

Of course lichen are all kinds of cool and are generally overlooked in many ecological schemes. They may actually compromise about 8% of the earths vegetative cover, especially in desert, alpine, and arctic/taiga environments. Not actually a plant though, they are a symbiosis between a cyanobacterial alga and the host fungi. This symbiosis might be a little too fairy-tale as it is becoming evident that the fungi captures and imprisons the free living alga for it's own vested interests. Fruticose lichen are generally arboreal. One species common in my area is
Romalina menziessi which is often incorrectly referred to as spanish moss, which is itself not a moss but related to bromelaids...confused yet? Lichens are further divided based on their morphology- crustose, foliose, filamentous etc etc.
If your interest is perked go read this nice overview.

Little appreciated and unheralded as a food lichen is surprisingly important as a winter browse for many types of deer, rodents, primates, and ruminants. In the article linked above the importance of lichens as a winter browse for several ungulates such as black tailed deer, mule deer, pronghorn, and moose is documented. Flying squirrels and reindeer are well documented as lichen consumers. Arboreal lichens prove especially useful browse in winter. In some instances lichen compose well over 50% of an animals diet in the winter. Since lichen are slow growing and the beard type arboreal lichens are so crucial this of course has implications for protection of old growth stands for winter forage. Although generally considered inferior to new plant growth lichen offers abundant carbs, some protein, and is actually digested fairly easily.

And as anyone who watches the numerous survivor shows on TV knows humans do consume lichens, usually boiled- although like their cousins the mushrooms poisonous species exist and unless you absolutely know what you are doing DO NOT EAT LICHENS. They posses a suite of little known and often carcinogenic compounds. Lichen are also notorious for absorbing radiation from the environment and other toxic nasties, DO NOT EAT. One of the more interesting lichen based dishes I discovered is called "stomach ice cream". Consumed by several  northern tribes in the taiga it consists of fermented lichen in the stomach of a caribou/reindeer and stuffed with fish eggs. Yum!!!

It should also be mentioned that lichen is not always simply a fall back food.  Alpine Ibex will go to great lengths to graze on some nice crustose lichens (and rock salt).

OK so I have made my case that lichen are important food stuffs in extant ecosystems- but what about in the Mesozoic- did dinosaurs eat lichens? And in what sort of habitats did they offer the most benefit as "fall back" food sources?

I think in addition to alpine habitats (which we have no record of and probably never will due to upland sedimentation/geologic characteristics) two uniquely Mesozoic habitats may have offered lichen benefits to herbivorous dinosaurs. And these two habitats would have been; xeric habitats, especially the equatorial arid belt; and high latitude forests.

Some models predict that the equatorial arid belt was simply too hot to support higher plants but these models may also be inaccurate. Regardless there was significant aridity during much of the Mesozoic and lichens, in addition to biological soil crusts, were likely important components of these ecosystems as they are now. I have even went so far as to speculate that the unique oral equipment of some dinosaurs such as Nigersaurus tacqueti were adapted to
scraping up lichens/soil crusts/moss/lycopsids in xeric habitats.

But perhaps the most important lichen habitats were the wet, high latitude forests of the Mesozoic. These are habitats which were very productive during the summer but then during the winter of eternal darkness plant productivity would have ground to a halt. But some of these habitats such as the Cretaceous North Slope of Alaska, Alberta Canada, Australia, New Zealand, and Antarctica are turning out to not only have dinosaurs- but were absolutely rich with them. Due to the lack of sunlight during the winter, deciduous trees would have been common. In the north a suite of hardwood trees was coming into prevalence during the Cretaceous and in the south massive Nothofagus forests would have predominated. Deciduous conifers like dawn redwoods were probably common in the south and north. The winter, although not producing a hard freeze, was still chilly- perhaps comparable to the Pacific northwest today. And in these wet, cool, deciduous, primeval forests lichens-especially arboreal fructicose/foliose types- would have found a happy home, just as they do today in the old-growth forests of the pacific northwest. And just as modern herbivores in these zones exploit lichen as a food source, especially during seasonal hardship, the herbivorous ceratopsids, sauropods, hadrosaurs, ankylosaurs, iguanodontids, and assorted ornithiscians likewise probably exploited lichen- especially during the winter.

In the pic below I have drawn a putative titanosaur sauropod browsing fructicose lichen from a dead Nothofagus tree. Contemporary studies of old-growth temperate forests highlight the importance of dead trees- both standing and fallen- and indeed such ecosystems with an abundance of dead trees harbor more biomass than those without abundant deadfall. In this case the dead tree is still producing forage as it serves as a substrate for lichen.

Lichen Use by Wildlife in North America

The lichenologists I know DO NOT RECOMMEND EATING LICHENS! As with ferns, many lichens have interesting and poorly characterized chemicals, some of which appear to be carcinogenic or otherwise toxic.

I've actually had a sip of lichen beer (note that some people will make anything), and that was about the most disgusting beer I've ever tried, to be honest.

Yes, other animals eat them, but don't assume that you'll have a pleasant experience, or that it won't come back to bite you.

Thank you Heteromeles maybe I did not make it clear enough when I mentioned poisonous lichens... DO NOT GO AROUND CHOMPING LICHENS. Besides stomach upset, possible poisoning, carcinogenic compounds they also suck up radiation and other nasty stuff from their environment. I will go back now and edit the blog so no one inadvertently starts chewing on lichens.