"Global Weirding" in the Cretaceous

Well here in 'Merica we are in the midst of the great presidential race of Mitt vs Obama 2012, which of course will decide the fate of this country and therefore the world at large. Once again the country is divided on numerous issues; genital politics- who gets to marry who and what women can do with their fetuses; the role of big government vs small government; and how to recapture a robust middle class. However it has not escaped the notice of some that the issue of climate warming or "climate weirding" (which I prefer) has elicited nary a mention from either side. Perhaps both sides have been advised to not mention such a pressing issue- to either outright deny its existence or promise to curb it may be akin to political suicide at this pass. Even the Obama advisors who helped catapult Obama into presidency in '08 largely on a platform of green job growth may now realize all to well that any remedy we can muster to soothe our climate gods is akin to putting a bandaid on an amputated leg. It's too late.

This is for shame because if North America continues with drought conditions it will not be long some think before this country starts to see the food shortages and hence food riots that other countries are already experiencing. And when people are rioting on the streets for food or water the issues of who gets to marry who and even who gets to hire who will fall by the wayside. We will all be too hungry to really care.

Of course I could be wrong, we can all hope. But climate change, often dramatic, in the context of geological time is the rule rather than the exception.

A new paper written by William W. Hay and Sascha Floegel, New thoughts about the cretaceous climates and oceans, synthesizes much of the current thought regarding this critical juncture in earth's history.


Several new discoveries suggest that the climate of the Cretaceous may have been more different from that of today than has been previously supposed. Detailed maps of climate sensitive fossils and sediments compiled by Nicolai Chumakov and his colleagues in Russia indicate widespread aridity in the equatorial region during the Early Cretaceous. The very warm ocean temperatures postulated for the Mid-Cretaceous by some authors would likely have resulted in unacceptable heat stress for land plants at those latitudes, however, and may be flawed.
Seasonal reversals of the atmospheric pressure systems in the Polar Regions are an oversimplification. However, seasonal pressure difference between 30° and 60° latitude become quite pronounced, being more than 25 hPa in winter and less than 10 hPa in summer. This results in inconstant winds, affecting the development of the gyre-limiting frontal systems that control modern ocean circulation. The idea of Hasegawa et al. (2011) who suggest a drastic reduction in the size of the Hadley cells during the warm Cretaceous greenhouse is supported by several numerical climate simulations. Rapid contraction of the Hadley cell such that its sinking dry air occurs at 15° N latitude rather than 30° N is proposed to occur at a threshold of 1,000 ppmv CO2 in the atmosphere. This change will probably be reached in the next century.

Now longtime readers of da' Salad should recall my first paleo-myth where I discussed the myth of the enduring, unchanging tropical rain forest. It now appears that not only is the tropical equator belt not a safe womb of biological diversity, it is actually a crucible of evolution. And the high extinction and diversification rates for equatorial regions do fall in line with this model.

The distribution of modern deserts is strongly influenced by the Hadley cell and it is no coincidence that most major deserts occur at about 30 degrees north or south of the equator, also known as the subtropical convergence belt. However work by Hasegawa shows that this zone shifted poleward during the Cretaceous thermal maxim to between 31 and 41 degrees north of the equator followed by a rapid retraction equatorward to between 22 and 30 degrees north of equator during the mid Cretaceous. What Hasegawa and the authors in the above study suggest to be the threshold for this equatorward retraction of the subtropical convergence is CO2 levels above 1,000 ppmv a level we are projected to reach by the next century. Scary stuff. Imagine the tropical latitudes, where a good portion of humanity lives, inexorably transformed into desert wastelands. More temperate latitude countries would essentially be crushed by the burden of either importing food into these areas, which is already happening to an extent, or finding ways to either thwart or absorb these populations looking for food. Scary stuff.

Well let's shift gears from environmental doomsday scenarios into ideas about what this on and off again Mesozoic arid belt meant biogeographically for dinosaurs. plants and other organisms. What questions does it raise? What should we be looking for? What were these arid equatorial Mesozoic ecosystems like? More to come.... 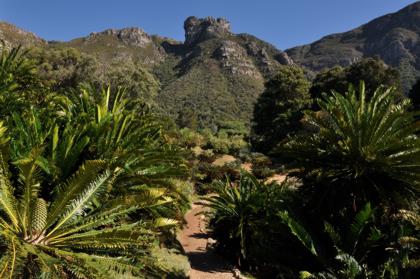 H. Hasegawa & others. Drastic shrinking of the Hadley circulation during the mid-Cretaceous supergreenhouse. Climate of the Past Discussions-7. 2011