The above image of provided by James Kirkland as part of a temporary exhibit at the North American Museum of Ancient Life (NAMAL) depicts a putative intraguild predatory encounter between a juvie Ceratosaurs sp. and a little known theropod called Tanycolagreus. Now, I want to avoid a discussion on whether or not Tanycolagreus is in fact a synonym of Coelurus - I'll leave that up to someone else. I want to use this picture as a bit of a springboard for a larger discussion on the obvious diversity of theropods in the Morrison and of course a fave topic of mine - niche partitioning.

Now I have discussed niche partitioning before and it's not that I 100% disagree with the concept - there is a robust body of evidence from modern contemporary ecological studies that it is a useful theory - I just think that the concept is a little too oversold in paleontology, especially dinosaur paleoecological studies. What I am trying to say here is, let me choose my words carefully, is that niche partitioning gets seized upon because it speaks to a real human need to put nature in a box. To separate and control things. But nature, especially biology, is slippery and slimy and if you try and corral it at one end it pops out at the other.  Example: dinosaur A occupies a different morpho-ecospace than dinosaur B- and voila they coexisted by avoiding competition and eating different diets!! Now, as I said earlier I do think niche partitioning is a thing and worthy of study I just think a little more nuance, elaboration, and attention to what modern animals do is worth adding to the discussion.

Let me draw your attention to two recent studies, one paleo and one ecological,  that may elaborate on what I speak of. The first one is concerning a new smallish ceratosaurine theropod from the famed Como Bluff site of the Morrison formation recently published in Volumina Jurassica (get full paper here): 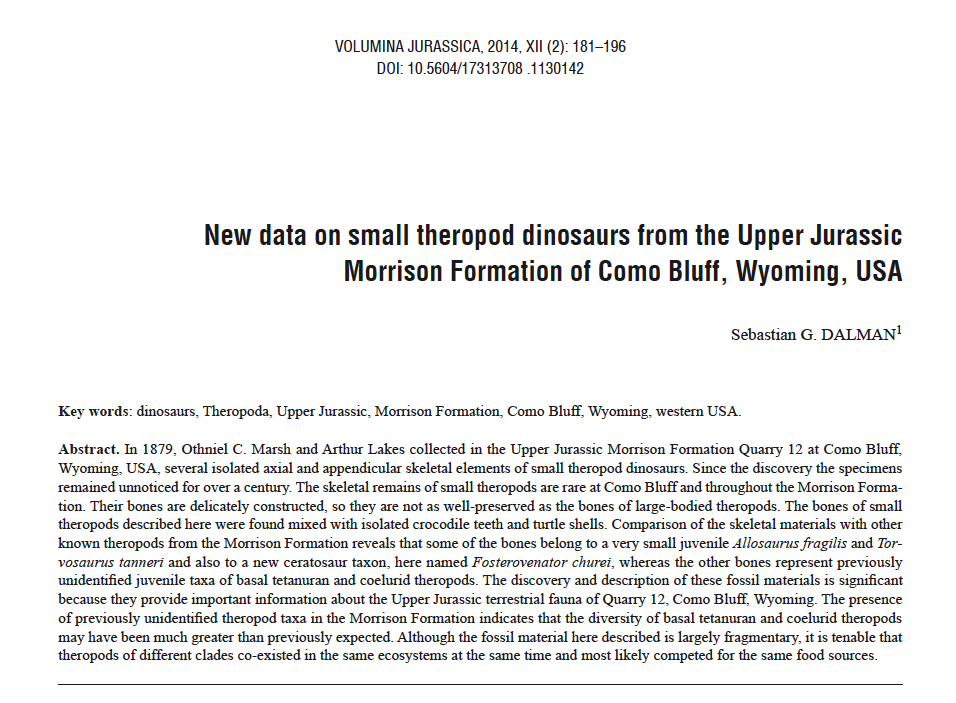 Now what I want to draw your attention to is the last sentence: "... it is tenable that theropods of different clades co-existed in the same ecosystem at the same time and most likely competed for the same food sources."

YES-YES-YES!! Finally a paper talking about theropods coexisting without resorting to the knee-jerk reaction of "well they must have partitioned resources to coexist". Again niche partitioning is a useful concept, but to gage the extent that it occurred first it is necessary to really assess; 1) Is a resource really limiting? i.e. maybe there was actually enough food to go around for all without having to divvy up everything via niche partitioning. It's not hard to imagine how, even when small prey was lacking, the occasional sauropod carcass was a windfall for theropods large and small and saw them through many a tough dry season; 2) Instead of always looking at morphometrics and trying to deduce partitioning maybe the landscape itself was partitioned. And finally sometimes species compete violently and both species just continue to live side by side with no elaborately contrived niche partitioning needed. Lions and hyenas come to mind.

With number 2 in mind let me direct your attention to a study published in the November 2014 issue of Ecology (Ecological Society of America): 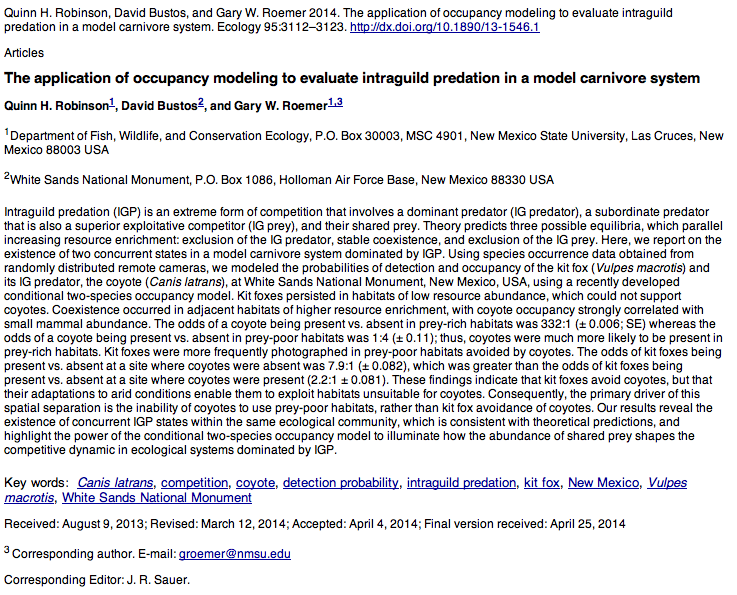 Ok so a lot of things to glean from this study. Both the coyote and kit fox have substantial overlap in a prey base of mainly rodents/lagomorphs but the coyote is able to exert pressure on the kit fox as an intraguild predator. However, this was not enough to dissuade kit foxes from coexisting with coyotes in the habitat with highest prey biomass (shrublands, interdunal grasslands) although the foxes were less common there than in marginal, prey poor habitats (gypsum dunes, pickleweed playa) that coyotes shunned, presumably due to their relatively higher metabolic/water needs. In both instances it was prey abundance that modulated the intra-guild predator relationship with foxes able to exist in environments unsuitable for coyotes as well as the more prey rich environments that coyotes favored. The authors note that this is the first time two intraguild predator states - coexistence and competitive exclusion - occur simultaneously in the same ecological community.

All right with that interesting study in mind - showcasing the intricacies of prey abundance, competitive exclusion, and intraguild predation - let us revisit the Morrisson. Where, depending on who you talk to, it hosted a diverse bestiary of maybe half a dozen or more theropods evolving together amidst a tangle of megaherbivores and  smaller ornithopods in a seasonal, drought prone, heterogenous landscape. One often reads of the dominance of Allosaurus numerically to other theropods - both large and small - as reflected by fossils here. How much of this numerical dominance is real and how much an artifact of some type of preservational bias? If Allosaurus was the coyote of the Morrisson, limiting itself to only the spots in the community that provided it adequate prey and water - maybe it was excluded from the more resource poor parts of ecosystem where the more moderate sized and thrifty theropods held sway ala kit foxes via competitive exclusion? The large skeletal size and proximity to water of Allosaurus would further embellish this noted abundance of Allosaurus as compared to smaller theropods which frequented less productive lands further from areas of deposition and therefore preservation. And this would help explain the noted "hidden fauna" of smallish theropods in the Morrisson... and maybe Torvosaurus as the predatory wolf to the smaller Allosaurus... food for thought. 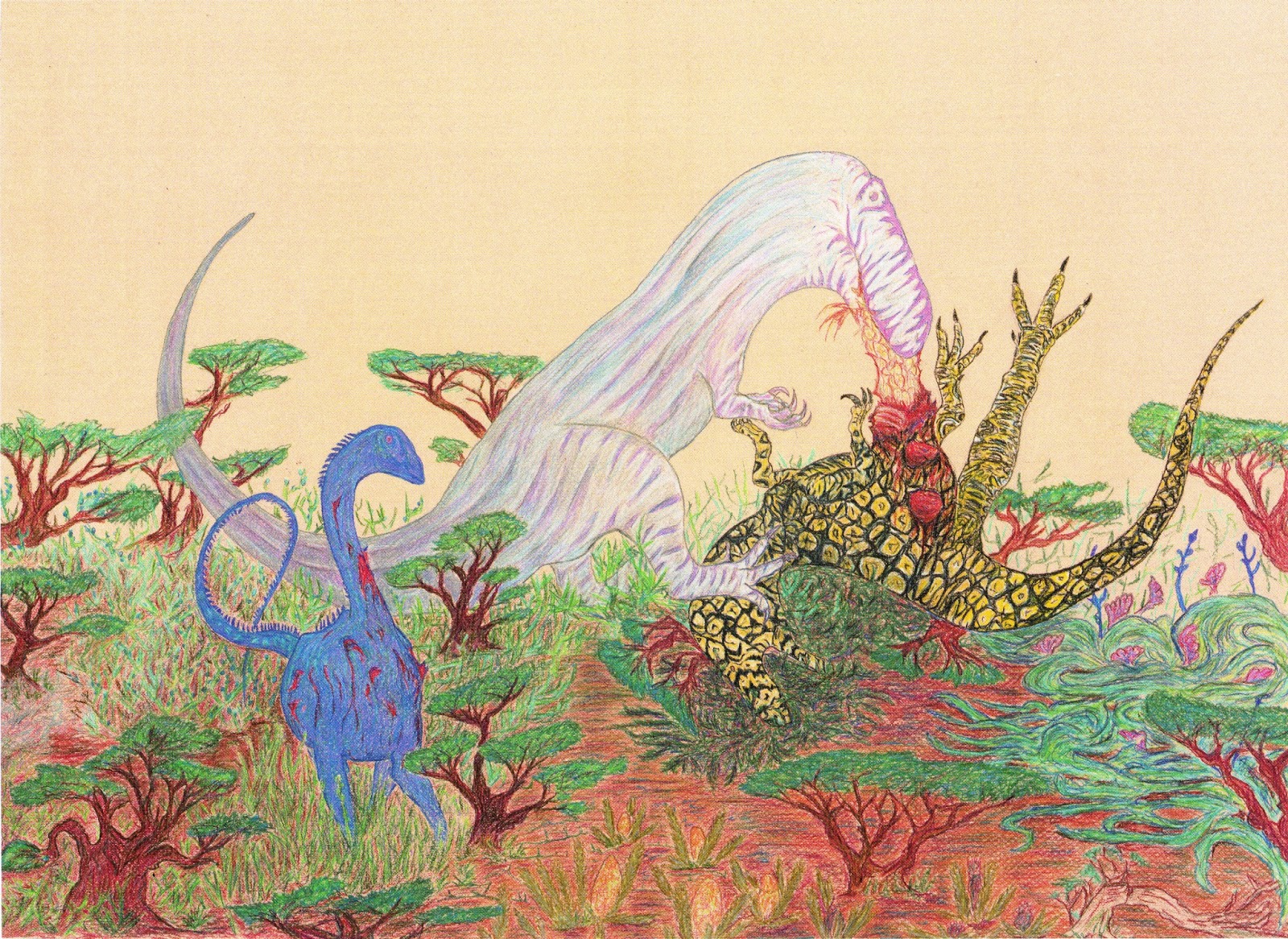 I completely agree with this, as discussed several times in my blog. :-)