Asia Rising: The Year of the Dragon

One of the eventualities of the end of the year is the end of the year list. Whatever your passion is someone on the interwebz is probably compiling their top stories of that particular subject for the year. And this holds true for dinosaur paleontology, which has always had a strong presence on the web. You will find no such list here- first of all I am lazy and second of all Brian Switek has already done just that- go read it here.

But what I do want to do is proclaim 2012 as the year of the Asian tyrannosaurine.

The groundswell for this Asian revolution in tyrannosaurines has been ongoing for several years. In 2011 the announcement of Zhuchengtyrannus magnus, a massive tyrannosaur that lorded over the Zhucheng biota was announced. The Zhucheng fossil treasure trove of at least ten massive dinos included Shantungosaurus- one of the largest hadrosaurids known- as well as several other types of dinos including ceratopsids, coelurosaurs, and ankylosaurs. The site is currently being turned into a series of in situ dino park/museums- probably somewhat like Dinosaur National Monument in the states. Oh, yeah Tarbosaurus apparently cohabitated with Zhuchengtyrannus here as well- more on Tarbo later.

So it appears China, long heralded as the next world superpower, now has a tyrannosaur that at least matches the US's T-rex in size and apparently munched on 66 (!) ft hadrosaurs and ceratopsids. But wait, this was just a prelude to the discoveries of ancient feathered dragons that commenced this year.

2012. The Year of the Dragon.
Enter the dragon. Enter Yutyrannus huali. The feathered tyrant. A true 30 foot long tyrannosaur sporting a healthy plumage. Need I say more? This is it, the moment where our concept of tyrant lizards would forever be changed.

There truly is a revolution in Tyrannosaur paleontology and dinosaur paleontology in general. And the man behind it is not American, British, Canadian or even Argentinean. He does not write some witty blog, advise Hollywood movies or get paid thousands for public speaking engagements. He doesn't do these things because he is too busy writing or cowriting papers documenting the 60 or so dino/avian fossils he is responsible for bringing to light in China. His name is Xing Xu. Go read about him here. 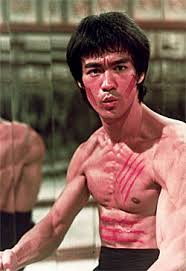 But the year of the dragon was not over before another Asian tyrannosaur was the subject of trending dino-headlines. And this was the (ongoing) matter of an obviously smuggled Tarbosaurus specimen from Mongolia put up for auction in New York City this year. It was recently sold to an undisclosed bidder despite it being an illegally acquired specimen from a country that wanted it back. While still in limbo I am proud to say that all American paleontologists (to my knowledge) universally condemned this action. And this condemnation stems not only for the loss to science it potentially represents but because stealing (imperializing..) another countries natural heritage is, umm, just wrong. The best summary of the situation is again by Brian Switek, here.

But this press about Tarbosaurus got me into looking into this often overshadowed (by guess who) tyrannosaurine. Although the specimen below is actually now thought to be a composite of several specimens- I started wondering- just how rare are Tarbosaur remains in the Gobi?

Well it turns out they account for just about 1/4 of all dino remains recovered from the Nemegt formation (Russel, 1991). Ok, so maybe there is some bias here and there but c'mon 1/4 of the dino fauna for such a large macropredator? What's really going on here?

Well remember when I talked about Horner finding a similar ratio of T-rex when he conducted a census of the Hell Creek? At what point do we start saying, you know there is probably some sampling bias due to size, habitat, use of waterways etc- but maybe these large theropods were really just pretty damn common!

Again I site the study on pristine reefs and high densities of sharks/predatory fish as the best model for dinosaur predator/prey ratios.

Theropods, despite having high metabolic rates, were able to achieve and maintain higher respective predator/prey ratios than mammalian predators because they were literally spoiled for choice by a constantly replenishing prey base of young dinos. Like the ubiquitous reef sharks on the pristine reef which fed on constantly replenishing schools of fish, theropod dinosaurs would have been a constant presence in their habitats.

Their high numbers and diversity would have allowed a degree of intra-guild and intra-species predation not currently observed in modern terrestrial ecosystems. The stressed herbivores would have constantly been on the move and kept from over-browsing the relatively slow growing gymnosperm/pteridophyte vegetation.

It would have been a wild place.