So for any new readers of da' salad I wanted to do a rundown of the blogposts that connect to the larger argument I started presenting in This Island Earth Part III Big Guy Bias.

This Island Earth Here by detailing the plight of the island fox on Santa Cruz Island I introduce many of the themes of this series: Predatory exclusion, intraguild predation, trophic cascades, island as a concept and evolutionary laboratory, herbivore pressure.

This Island Earth Part II Here I expand upon the damage wrought on the island by feral pigs on Santa Cruz Island. I discuss the boom bust cycles, parasite load, and vegetative changes due to the ecological imbalance. I then contrast the pigs ability to survive on the island with the former large herbivore the pygmy mammoth. I first suggest the size of a herbivore is not the only factor in the influence of that herbivore on its environment.

Mountaineering Moa: Coproecology of the Upland Moa Here I discuss the Upland Moa diet. Quite pertinent to my argument because now we have a large herbivorous archosaur family- that possibly put less stress on the plant community than the smaller mammalian community that replaced it.

In my post on the island Socotra and the desert cloud forests of Yemen and Oman I expanded upon the biological concept of islands as well as some more damage from mammalian herbivores.

This Island Earth IIIa Big Guy Bias- This is where I first explicitly state my argument I have been building up to. Namely that dinos were less harsh on plant communities than mammals.

On This Island Earth IIIb Chainsaw or Pruners? I argue that the giant sauropod dinos acted more as "pruners" than modern elephants acting as "chainsaws". Ultimately I argue that sauropods were not designed as whole plant predators. 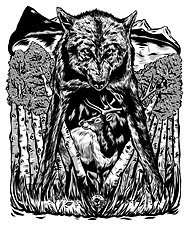 On Planet Predator I discuss the seeming ecological anomaly of a top down controlled pristine reef ecosystem with 85% predator biomass. Very important for future arguments in this series.

Shark Bay discusses the profound influence of the tiger shark on a variety of critters in a seagrass dominated community. Very pertinent as an argument for the benefits of large predators in ecosystems.

More to come- Parasites, pathogens, and pteridophytes Oh MY!!!