I have found that whenever people discover I have an interest in all things arcane and antediluvian (paleontology) they try and engage me in some discussion of things prehistoric. Unfortunately I usually have to correct some assumption or myth implicit in their query before I can even get to a response to the original statement/question. I found this happened so often that I would steer away from the subject at the risk of sounding like an arrogant prick for correcting their assumption. And let me iterate that these are not ignorant/uneducated people but, more often than not, highly educated/talented/successful people. They simply have let cultural myths & biases/pop-science mantras "fill in the blanks" in their understanding of the evolution of life on earth.


So I thought it would prove useful to compile a list of what I have found to be the "Top 10 Paleo-Myths of Edumucated Folks". What you will find here is not the usual drivel about how caveman did not live with dinosaurs or how dinosaurs are not extinct because one lineage evolved into birds- instead I will focus on several other not quite so patently obvious misconceptions. So, without further ado, here we go!

Paleo-Myth # 10: The Tropical Rainforest is an Ancient Unchanged Ecosystem 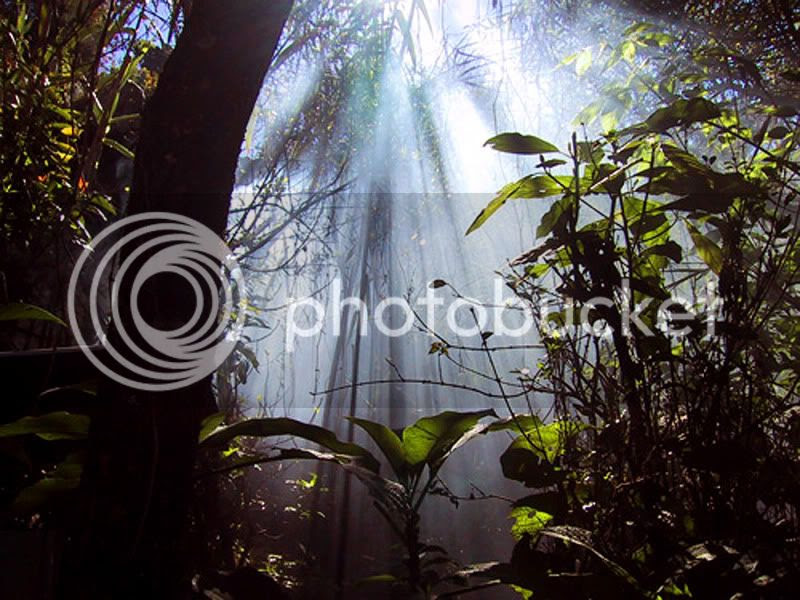 Well, this one is both true and false at the same time. Let me explain.

Ever since Marlow spoke of "high stillness of the primeval forest" in Joseph Conrad's Heart of Darkness a pervasive mythos surrounding tropical rainforests has emerged. Primarily that this belt of dense vegetation surrounding the equator which, until so recently was relatively unscathed by western axe and attitude, has also withstood the vicissitudes of climatic/geologic upheaval since time immemorial. This belief, embellished by "save the rainforest" campaigns and countries looking for tourist dollars, is not entirely supported by the evidence.

Let's look at the main tropical rainforests. Here is what wikipedia has to say about the history of the Amazon, the most famous and diverse of modern rainforests:

The rainforest likely formed during the Eocene era. It appeared following a global reduction of tropical temperatures when the Atlantic Ocean had widened sufficiently to provide a warm, moist climate to the Amazon basin. The rain forest has been in existence for at least 55 million years, and most of the region remained free of savanna-type biomes at least until the current ice age, when the climate was drier and savanna more widespread.

Ok, so the Eocene is about 55 million years ago, so pretty old- but not dinosaur times. What is interesting is how much it has grown and shrank in this time period. Indeed some authors have suggested that the repeated waxing and waning of the size of the amazon stimulated speciation events which gives the Amazon rainforest its unparalleled diversity of flora and fauna. So in a sense the Amazon might be  both an old and new forest at the same time. But some paleobotanical studies cast doubt on the refugia hypothesis (Bush, 2006). All in all the jury is still out on refugia.

In warmer regions of the world, climates at the Last Glacial Maximum were cooler and almost everywhere drier. In extreme cases, such as South Australia and the Sahel, rainfall could be diminished by up to ninety percent from present, with floras diminished to almost the same degree as in glaciated areas of Europe and North America. Even in less affected regions, rainforest cover was greatly diminished, especially in West Africa where a few refugia were surrounded by tropical grassland. The Amazon rainforest was split into two large blocks by extensive savanna, and it is probable that the tropical rainforests of Southeast Asia were similarly affected, with deciduous forests expanding in their place except on the east and west extremities of the Sundaland shelf. Only in Central America and the Chocó region of Colombia did tropical rainforests remain substantially intact – probably due to the extraordinarily heavy rainfall of these regions.

In the historical record it has become apparent that anthropogenic manipulation of rainforest ecosystems, not always of the benign type, has dramatically altered rainforests prior to western conquest. Here is an excellent summary of both North and South American habitat modification by native cultures. And here is an even more interesting piece suggesting that the Amazon rainforest may ultimately be a human artifact. All in all, current anthropogenic modification of the rainforest seems to be a difference in degree rather than type.

Going back even further into the Mesozoic the evidence for rainforests is unequivocal at best. Mesozoic rainforests certainly would not have resembled Cenozoic rain forests much, given the dominance of gymnosperms as opposed to modern angiosperm dominated rainforests. Seems a bit strange that rainforests as we know them today did not exist with dinosaurs but cultural tropes die hard.

So in conclusion rainforests are not as geologically ancient as some might presume, definitely not holdouts from the Mesozoic. The size of rainforests has both grown and shrank througout geological history. Most species (plant and animal) have been evolving in a highly competitive, often times fragmented ecosystems and these species are not particularly antiquated or "living fossils" but usually fairly recently evolved. Prewestern cultures certainly modified tropical rainforests and likely exterminated several species.

So where are the oldest rainforests? My bet is on Australia.