The magnificent coastal redwood (Sequoia sempervirens) - tallest organism in the world - is most closely associated with inhabiting a narrow coastal strip in northern California, the redwood belt. This narrow strip of habitat provides the necessary moisture via incoming pacific storms (some areas here receive up to 100 inches of precipitation) and, more important arguably, persistent fog especially during the summer months. Due to a strong Mediterranean climate regime summer months in California  are essentially dry, but along the coastal strip enough moisture arrives via fog that these stately behemoths are able to minimize evapotranspiration and literally "intercept" moisture out of the air from fog.  It has become apparent that by adding significant moisture into their ecosystem redwoods are not only benefiting themselves but providing water to the other plants and animals in their community (some contend up to 1/3 of all water is from fog collection in these systems), even to the point of adding enough groundwater into the system that streams that may normally be ephemeral run year round.


But I want to look at the redwoods existing on the southern fringes of their range as I have a special interest in organisms living at their absolute limits. The redwoods of Big Sur in Monterey county are the most southerly occurring natural redwood groves, are genetically distinct from populations north of the San Francisco Bay, and the most imperiled population due to climate change. It is here on the Big Sur coast, a land of extremes, where one can literally see cacti growing in close proximity to redwoods. 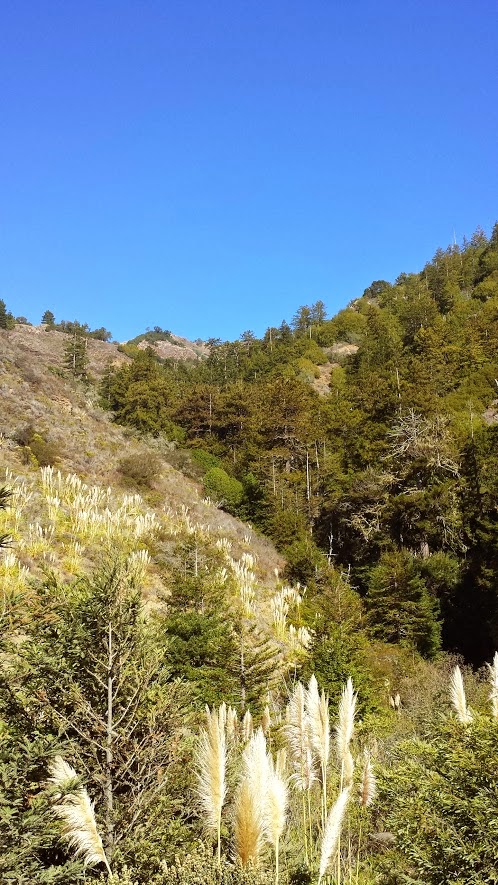 Never mind the invasive pampas grass, what should be apparent from this photo I took of one of most southerly stands of redwoods is that you can plainly see the juxtaposition of drought tolerant chaparral vegetation against water loving redwoods. These southern groves of redwoods do not carpet the entire landscape but are restricted to deep ravines and gullies that lie adjacent to the ocean. This population is within several hundred meters of the ocean and just off of highway 1. 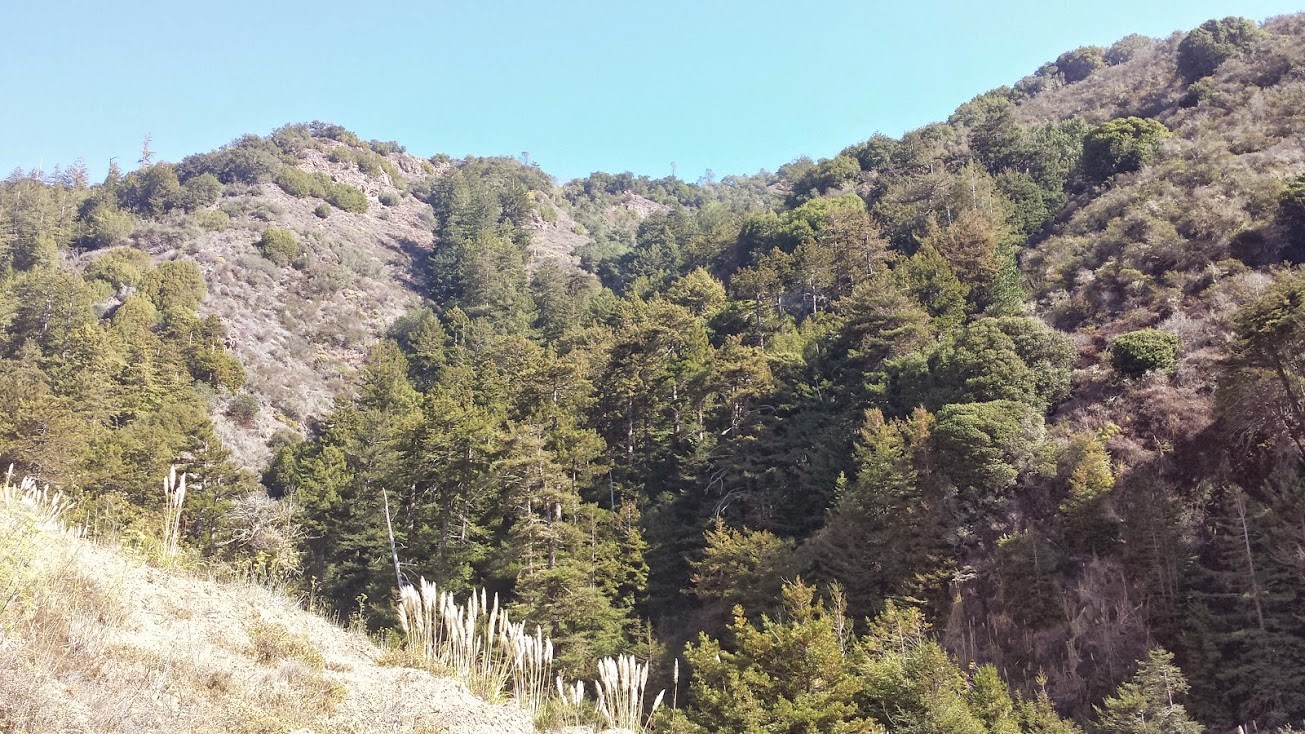 As I mentioned earlier these southern populations of redwoods along the Big Sur coast are not only interesting in that they represent redwoods at the southern limit of their range but they also are genetically distinct from northern populations. Why would these populations of redwoods at the extreme limit of their range be genetically distinct from their northern counterparts? Good question and I am glad you asked. And the answer is basically genetic drift. Isolated from other neighboring populations by severe canyon topography and by populations up north by larger geographic features these isolated populations have each nonetheless adapted to the unique conditions that they find themselves in. Adapted to surviving on less fog and precipitation and higher temperatures than their northern counterparts they offer an interesting study in relictual pleistocene populations facing a warming climate. It has been established that redwoods used to extend much further south in the Pleistocene, at least to Santa Barbara county - if not all the way to Los Angeles (according to wiki so take it with a grain of salt). One can also make a broad comparison to southern steelhead trout in California and their interesting genetic legacy. 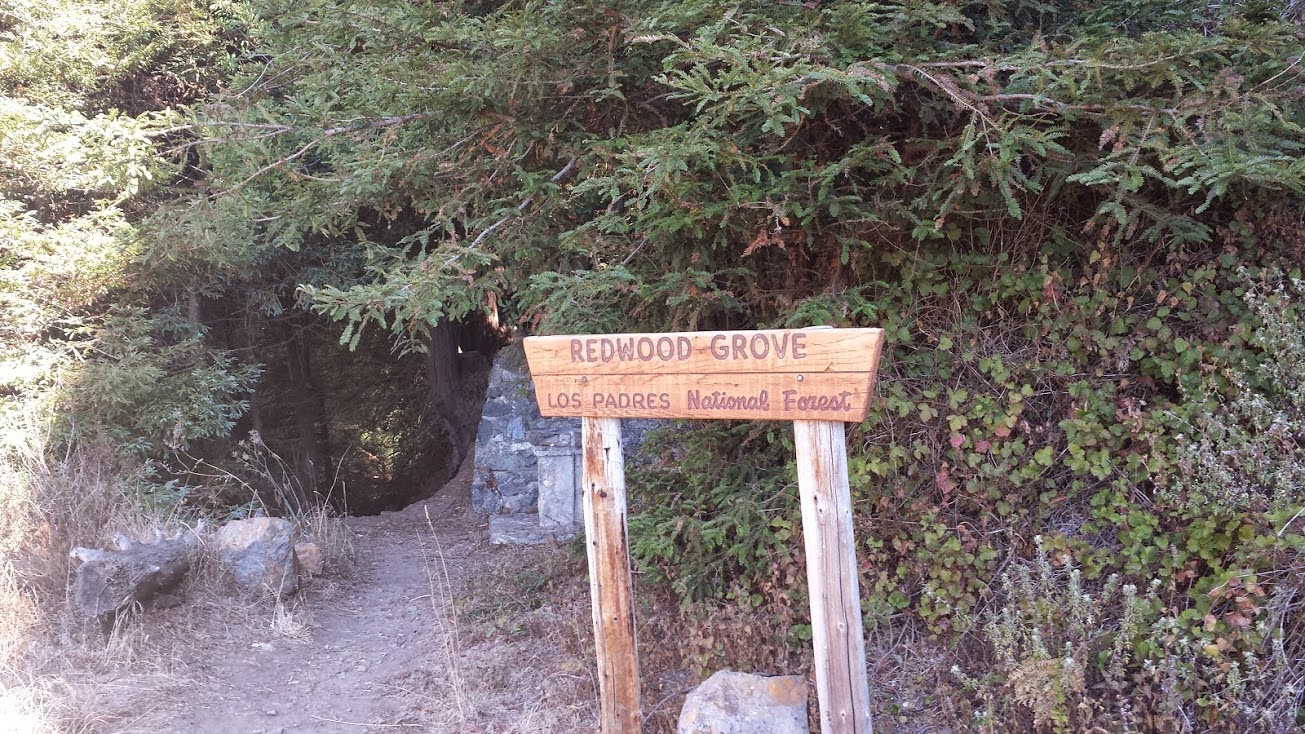 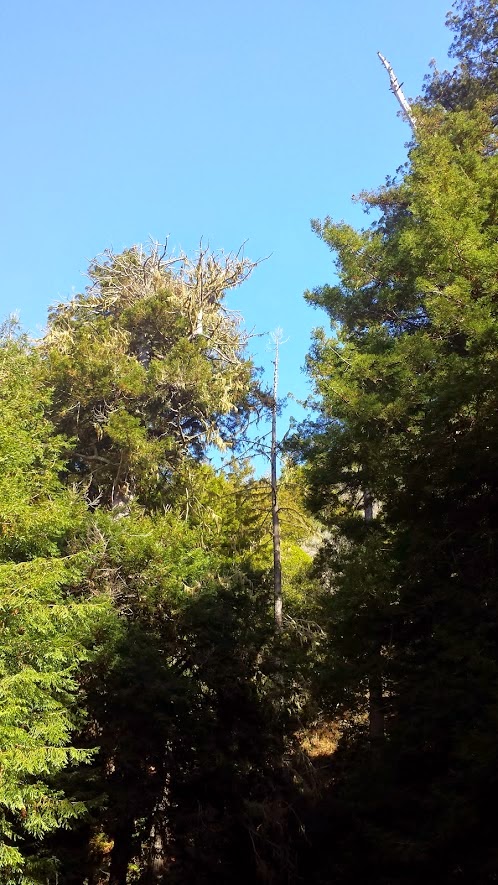 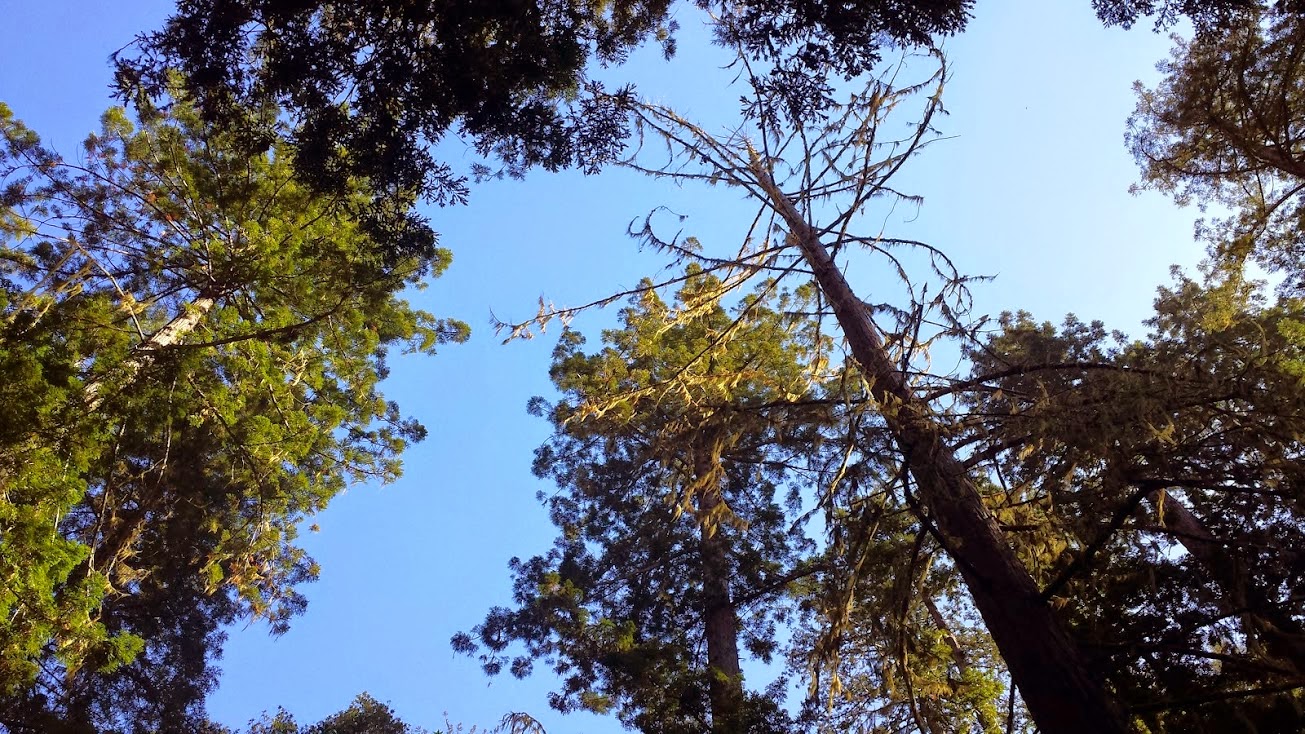 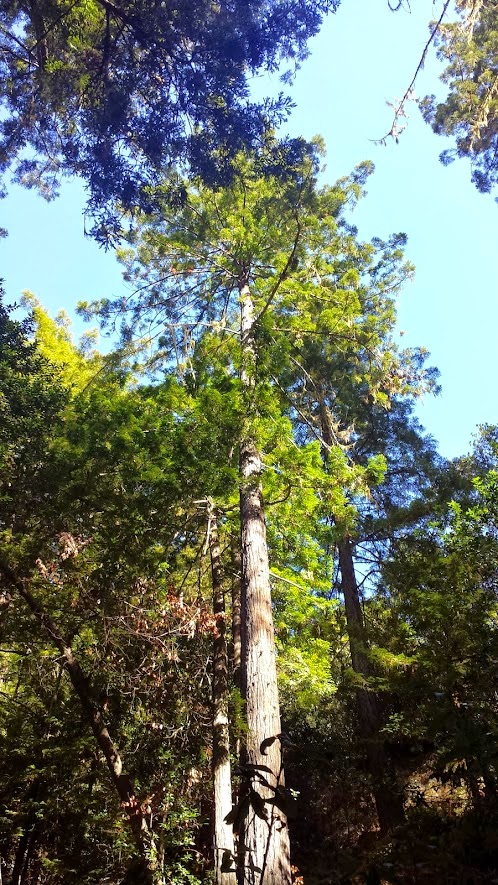 Of course redwoods are of some interest to me, and hopefully to you, as trees perhaps not too dissimilar have a long geologic history going back well into the Mesozoic. Indeed many dinosaur scenes feature a substantial use of redwood like foliage as a backdrop to herds of dinosaurs. Here is a good review of redwood prehistory, also check out the diagram below. 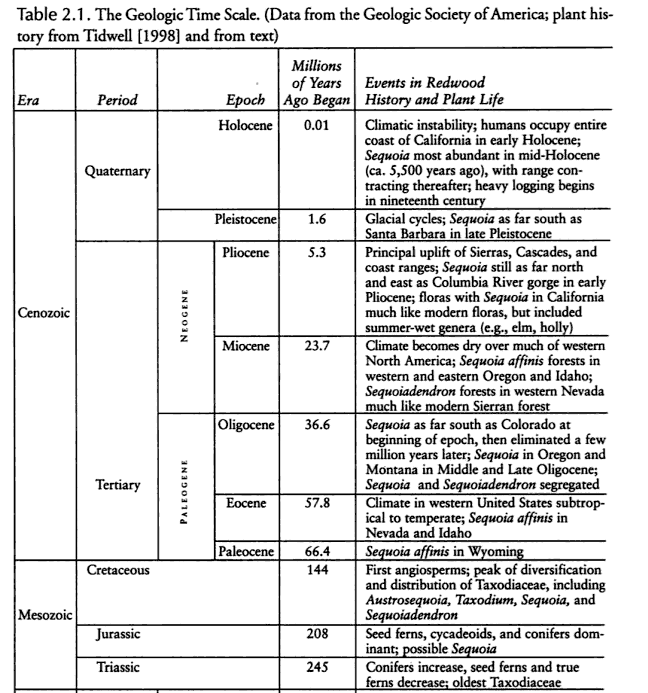 How accurate are scenes of gigantic redwood groves in Mesozoic dioramas? In light of the fossil record and the substantial similarity of form between living and extinct Sequoia I seen no issue with using redwoods as a model for many Mesozoic forests (although these scenes should be limited to northern latitudes and not equatorial latitudes which were likely too hot and dry i.e. don't put redwoods behind your Spinosaurus).  What is probably a better model for Mesozoic forests is the dawn redwood (Metasequoia sp.) a true deciduous conifer. But redwoods are fine... The question that arises in my mind is how did Mesozoic redwoods, with their substantial water needs, make due in an often arid and seasonal climatic regime? Did they persist as primarily riparian species, sipping from underground water tables? Were they substantially shorter in stature? Were they adapted to harvest water from the fog like modern redwoods do on the coast? As I discussed earlier the precipitation of the Big Sur coast - about 40 inches coming primarily in the fall and winter - is paltry compared to the upwards of 100 inches that other populations receive. Coastal fog is the difference.

On the Big Sur coast deep and cold submarine canyons bring cold waters to the surface which creates abundant fog when warm moist air blows over it. Mesozoic oceans were a lot warmer and shallower due to rising up onto the continent, so I really wonder if fog was consistent enough that Mesozoic redwoods sipped water from oceanic fog? Then again maybe they did in more higher latitudes where a stronger differential between ocean and air temperatures may have fostered consistent fog. Who knows, I don't know if anyone has seriously investigated how relatively frequently fog may have occurred in the Mesozoic. Fog occurs in inland areas too... 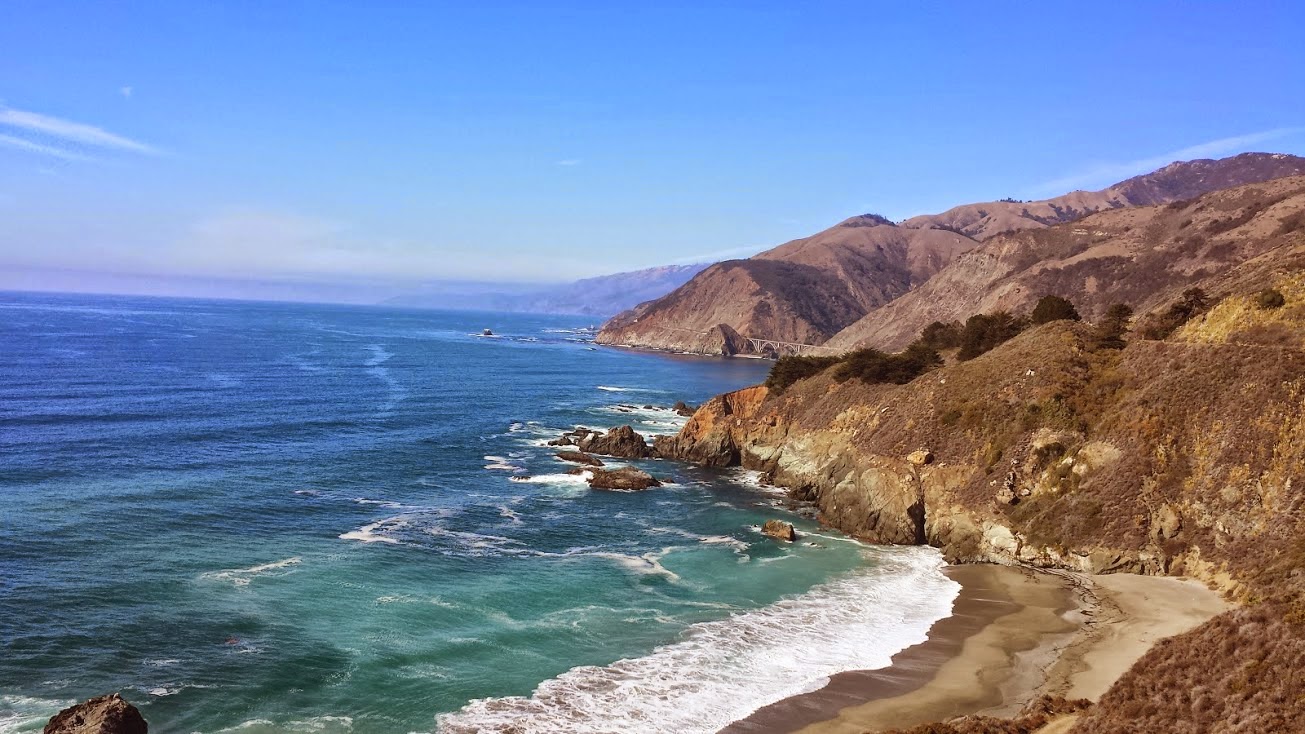 The Big Sur coast is definitely a worthwhile trip for anyone who lives in or is visiting California. Give yourself at least a day to do it as you will be pulling off the road to photograph scenes like the one above on the reg. Or battling immature male elephant seals during the molt readying their musculoskeletal systems for doing battle at 1 g... 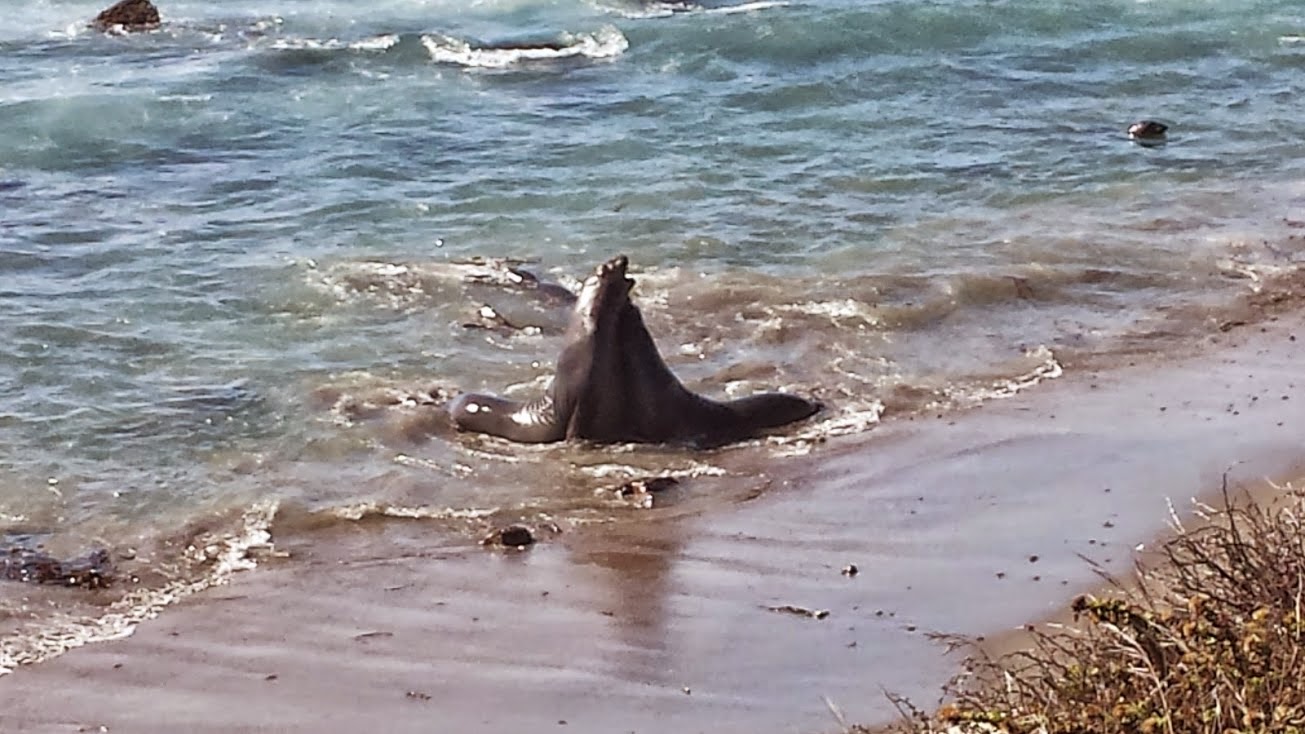 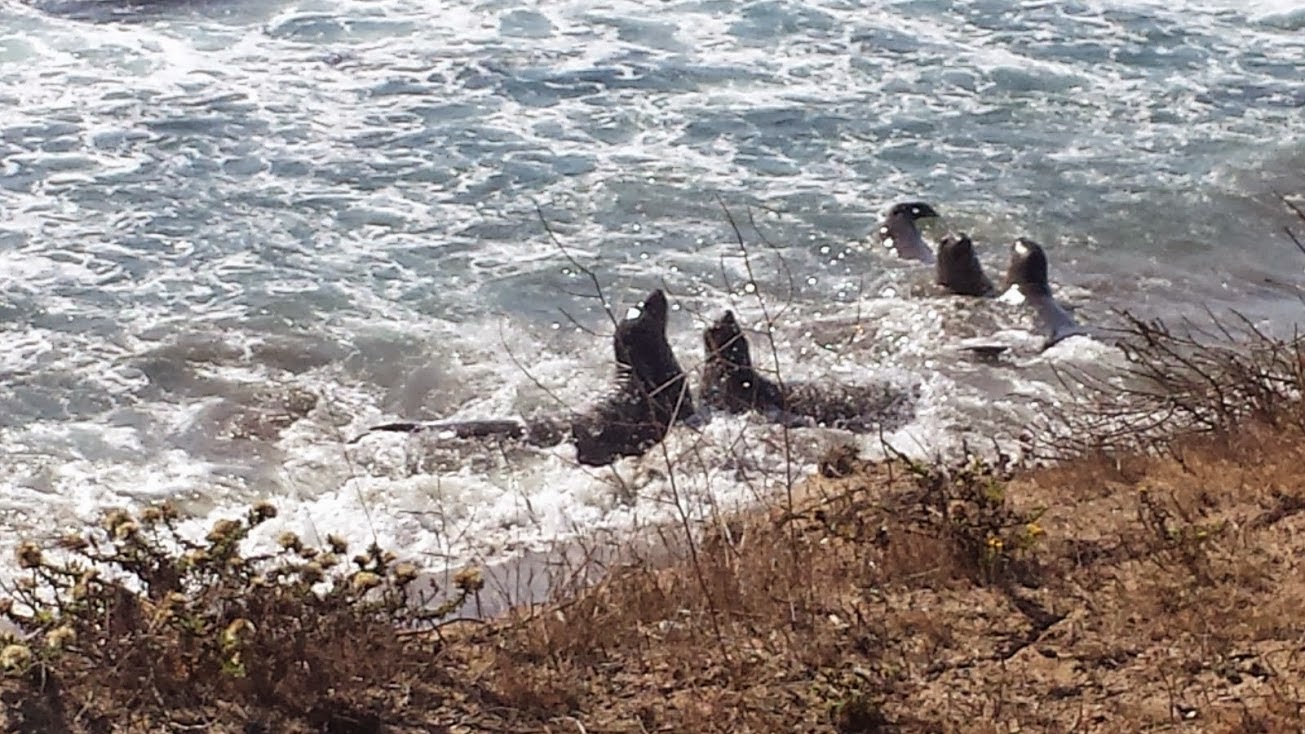 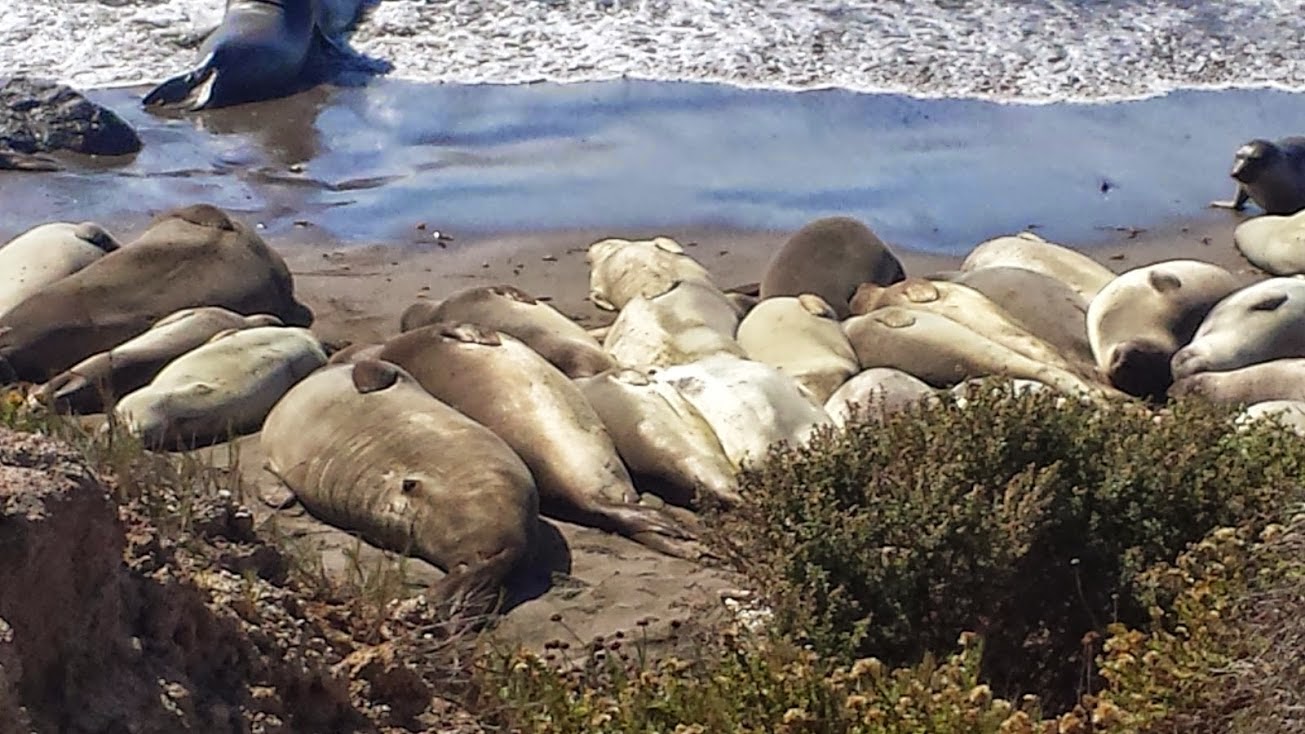 Eat your heart out Texas.

Huso huso is the largest extant (or modern for that matter if we include recently extinct ones) predatory "fish", not the grat white.

Bug Big Sur does have the biggest terrestrial salamander.