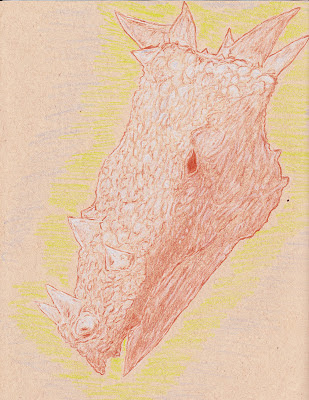 Dracorex hogwartsii or juvenile Pachycephalasaurus ?... depending on who you talk to. Pachycephalasaurids are, like other armored dinosaurs, weird not just because of their adornments- but for how they may lived. The big horn sheep analogy for these guys has gone too far in my opinion. Perhaps a more omnivorous lifestyle was more suitable- given their rarity, lack of advanced oral processing skills, and cohabitation with better equipped vegetation processors like hadrosaurids/ceratopsids. 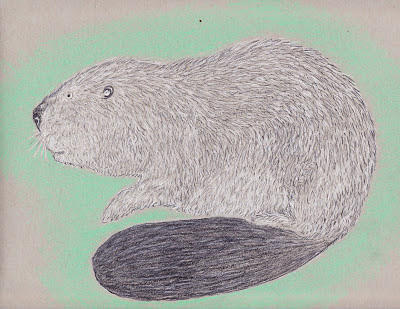 Castor canadiensis, the North American beaver. The true champ of habitat modification among extant tetrapod herbivores, second only to humans in terms of their capacity to change and modify an ecosystem. Beaver have been on my mind as of late. I outlined my theory that ceratopsids acted like giant terrestrial beavers in an earlier post. And just like beavers their presence in an ecosystem likely benefited a multitude of other critters due to their ability to clear and process large trees.

Recent evidence has come to light that beaver not only inhabited the high sierra nevada of California- but also coastal southern California as well- and that previous policies to label them as invasive pests in these area are unfounded and ecologically unsound.