All right first things first, sorry it has got a little slow around here- we are not going anywhere. This is first and foremost a creative venture- and if I am not feeling it I am not going to force it. Secondly if the this blog ever gets feeling too much like a job, well what's the point really, especially since I am not getting paid for this...

That being said the lack of recent writing activity does not imply a lack of ideas for posts bouncing around in my head so hopefully the writing and posting will pick up accordingly...but you know how that goes...

My post today is about all things decayed and rotten- and those that relish this diet. As usual I will get to the issues of all things rotten in the Mesozoic and do some unabashedly reckless speculation on what all that may mean for the ecology of such times.


Let's start with this basic distinction: decomposers break down and digest detritus externally- think bacteria, fungi; while detritivores actually ingest detritus internally- stuff like earthworms, pill-bugs, and millipedes. But in most discussions detritivores/decomposers are used interchangeably. For our purposers here it useful to think of detritivores as animals and decomposers as other (bacteria, fungi etc). Keep in mind that detritivores need not be full time trash men, such as the baboon in the pic below eating elephant dung. It is also useful to recognize that detritivores are often not targeting the detritus itself as a source of nutrition- but the microorganisms, fungi, and critters in it.


Now let's look at some really rough estimates given on wikipedia for the biomass estimates for certain organisms.  Again these numbers do imply a certain amount of subjectivity and they are from wiki- but the point here is to illustrate the importance of detritus and the organisms that subsist on it- simply as a reflection of the biomass they represent here on earth- and presumably in the past. It is currently estimated that bacteria and plants are roughly equal in biomass, and some even estimate bacteria biomass exceeds plant and animal biomass combined. Keep in mind that not all bacteria is saprotrophic and many species photosynthesize or are chemotrophs. Fungi may account for up to 25% of total biomass on earth amazingly- again not all fungi subsist on rotten stuff, many species are parasitic.

Oceanic and terrestrial habitats differ markedly in how plants are used, In the oceans nearly all the plant biomass occurs as phytoplankton and nearly all of it is consumed. This pattern results in a characteristic inverted food pyramid in which consumer biomass actually outweighs producer biomass. The animals outweigh the plants! This is achieved via the high rate of turnover and reproductive capacity of marine phytoplankton. Never the less detritus is still important in oceanic food chains, most important of all the "marine snow" of deep ocean basins.

Now contrast the situation in the ocean with what is going on in terrestrial ecosystems where only a paltry 18% of plant biomass actually goes to terrestrial herbivores. This is primarily a function of the difficulty in breaking down the complex carbohydrates of land plants as opposed to simple, unicellular marine plants. Yup as much as we like to carry on about "plant predators" here at da' salad and how they shape ecosytems- in any given terrestrial habitat the vast majority of plant material is not even going to herbivores. So who picks up the slack? Decomposers/detritivores get the lions share of plant biomass, albeit in a somewhat degraded form, in terrestrial ecosystems.


And there is my short but sweet intro for all things rotten- hopefully you can see that detrital food chains, especiallly terrestrial, can not be ignored. And many of the points I illustrated here will be useful for upcoming posts.... 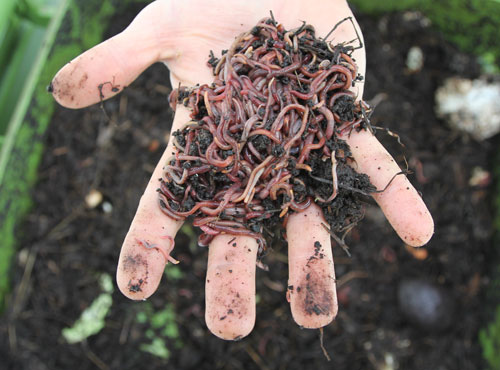