Black, White, and Red All Over: Orcas Penetrate the High Arctic

You could say I have shifted a lot of my attention and interest onto aquatic stuff lately - hey I included the word salad in the name of this blog for a reason, a salad can have all manner of toppings including seafood!! So no plesiosaur machinations today nor spinosaurid stuff although plenty more to come this year in those regards so stay tuned. No today I want to focus on extant marine creatures/ecological communities of the Arctic. Namely recent range expansion of what I consider personally the penultimate marine predator of all time (sorry Megalodon fanboys), the killer whale or Orcinus orca while Ursus maritimus - the polar bear - diminishes.

The polar bear, Ursus maritimus, has become a bit of a symbolic linchpin for anthropogenic global warming. As a top predator at the top of the world which is inherently dependent on pack ice as a platform to hunt it's more aquatic capable phocid prey this choice is an obvious one. As the ice goes, so does the polar bear. And in our ramped up, high velocity anthropogenically driven world ecosystem there is a bit of an asteric at the question of polar bears surviving in an increasingly ice free Arctic - can they even adapt that fast with the pace of current climate change? I do lay out one possibility here. Never the less we should not consider the possibility of an ice free Arctic or the extinction of the polar bear as the end of an "ecosystem" so much as merely the start of a strange, new one. And quick to move into and usurp the polar bear as king of the Arctic is the killer whale, a shifting of the guard we may in fact be witnessing currently and which might become a veritable reality in this century.


Compared to the three most notable Arctic whales (bowhead, beluga, and narwhal) the killer whale is at a bit of a disadvantage in ice- it has a huge dorsal fin, especially among the males where it might be 2 meters tall. So although they do move up to the edge of the pack ice in the Arctic and Antarctic they do not penetrate very far into the pack ice or areas with large amount of floating ice due to obviously painful scrapings and cuts that constant abrasion against ice would incur. So not only is ice a hunting platform for polar bears and a resting/birthing stations for seals - it a sanctuary of sorts for Arctic whales from killer whales. But a spate of incidents suggests that the sanctuary that ice provided whales in the high Arctic Canadian archipelago and Hudson Bay is no more. There is a bloodbath in paradise.


"We saw this big bloodstain in the water", and "You could smell the blubber in the air. And the killer whales were moving onto the next one, like nothing had happened." so describes a witness to an increasingly familiar but previously rare event - killer whales moving into Hudson Bay and targeting beluga whales in the estuaries and bays that they traditionally stayed in during the summer months in relative safety. Orcas Pop Up near Churchill, Feed on Beluga.  What was at most an ephemeral and rare predatory encounter between the two species is looking more and more like a deliberate hunt by the killer whales. The ice disappears earlier and arrives later allowing the orcas to move in and stay longer. There has been the suggestion that some recovering populations are being suppressed and others may be further diminished. Sometimes the killer do not make it out of the Bay in time, as occurred last year when a pod was trapped - but eventually freed by currents.

What is obvious is that killer whales are increasing their presence in the Arctic, especially the eastern Canadian Arctic, and that they are targeting more than just belugas.

The portrait painted by the above highly recommended Nature documentary is one of an ecosystem in flux. Polar bears scrounging for carcasses on the beach, sea bird eggs, and fishing for Arctic char in rivers. And killer whales moving into an ecosystem in which they had previously been kept at bay. Moving with a purpose, covering over 200 km a day to seek out narwhal populations in the Canadian Archipelago from which they could not reach before. Bowhead whales evincing massive scars and bites from killer whales and switching their movements towards areas that retain ice year round to avoid the killer whales. Playing a game of cat and mouse the two whales listen to eachother across vast expanses of ocean.

And a third archpredator of the Arctic, Homo sapiens of the Inuit culture, seeking answers and context to an archpredator which had only previously been an ephemeral visitor but which now increasingly shapes the prey and the ecosystem that they are dependent on. Will the seals and whales that this culture depends on shift range and habits to deal with their new predator? How will this affect the ability of these people to find them? Are we looking at an example of killer whales competitively excluding humans? 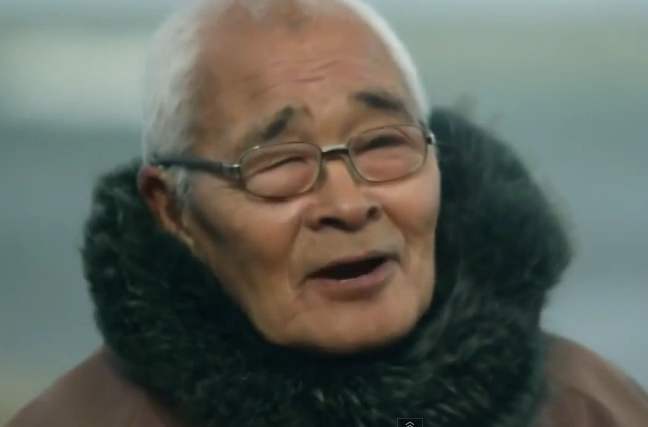 "I was hunting these narwhals and they were fleeing from some killer whales. The killer whales were travelling fast and upside down. And they breached the water chasing the narwhal. When they got close to the shore where the narwhal were they took bites out of two of them very quickly. This is when I realized that they are supreme hunters." Inuit elder. 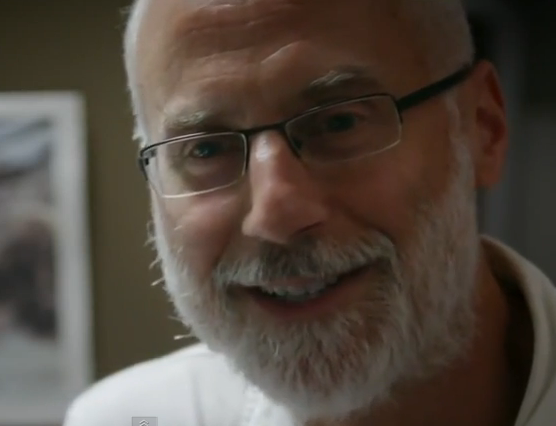 "We knew changes were happening and wanted to understand them... We anticipated a change from the bottom up... We recognized the killer whale as that top predator that was all of a sudden making these huge changes in the Canadian Arctic. And it was something we didn't really think about at the start but there it was staring us in the face." Steve Ferguson, Canadian fisheries biologist on realizing that simultaneous with a bottom up trophic cascade in the Arctic a top down trophic pressure via killer whales was also occurring.

While killer whales in the eastern Canadian Arctic appear to be expanding their range to include areas westward and northward and capitalizing on prey/feeding grounds previously out of their reach between Alaska and Siberia on a group of islands called the Diomedes they have been documented predating on walrus recently. The following clip I scrounged up on Youtube is to the best of my knowledge the first video documentation of such an occurrence.


Walrus, which are themselves recognized as keystone species due to the significant bioturbation they do when digging up benthic prey and are significant in the diet of Inuit, are also highly dependent on ice for resting upon. Loss of ice concentrates walrus in large herds on the land which might further enable killer whales to find and target these large seals.

Polar bears have also been documented targeting these concentrations of walruses, although concentrating usually on the young. Another food source grounded polar bears have been utilizing during the summer months are runs of a type of arctic salmon called arctic char.

Harkening back to their brown bear roots...

Global ecosystem change is already afoot. Some will adapt. Some will move. Some will benefit. And some will perish. How this will all play out and what surprises await who can say?

The reason the orca will never be the penultimate marine predator (although a big pod would be able to kill almost anything) is the fact they are inefficient alone. Simple as that.

Although i never intended the post to be about the "baddest of the bad" I like orcas over any other large marine predators because they can survive on prey from the size of herring to rorqual whales. Personally I rate the ability to subsist on a wide variety of prey size very high - this confers evolutionary success over other more specialized forms - especially in times of ecological stress. And why there is some thought that specialized whale killing megasharks are no longer around but orca are. Not every battle is fought in a violent clash. And orcas can kill stuff by themselves just fine - they are highly intelligent and social animals so they desire company.

The reason the shark should be considered the ultimate marine predator (and I personally believe that in killing power a 30+ strong pod of orcas has even more firepower) is not because it has more firepower than such a pod, but because it is much more energy-efficient and because sit existed for a much longer time than any other apex predator.

coming back to this (since the C. megalodon bashing seems to have stopped), in an other shark-related topic-Greenland sharks (already known to hunt pinnipeds, cetaceans and in one case a male polar bear)might beat the orcas to being the watery Arctic's arch-predator.

Bk Jeong, how do we know the orca is going to last even longer than C?.megalodon, after all, Orcinus orca has only been alive for around 1.8? million years, so how do we know they are not going to last longer. Another thing is evolution. Since the 6th mass extinction is upon us, and since the Great White will probably vanish from the face of the Earth if we continue hunting its fins, it's possible that the Orca, the apex predator of the ocean today, will evolve to be larger feircer, maybe it could become as large as the vicious megalodon. You cannot just say that Megalodon is better than every other marine predator, all predators are "winners", so saying Megalodon is the ultimate marine predator is far-fetched. Saying it was a great predator is believable