Mammoths in the Flower Bed

Coming down the pipeline is a new paper in Nature with a slew of authors: Fifty thousand years of Arctic vegetation and megafuanal diet.

Abstract
Although it is generally agreed that the Arctic flora is among the youngest and least diverse on Earth, the processes that shaped it are poorly understood. Here we present 50 thousand years (kyr) of Arctic vegetation history, derived from the first large-scale ancient DNA metabarcoding study of circumpolar plant diversity. For this interval we also explore nematode diversity as a proxy for modelling vegetation cover and soil quality, and diets of herbivorous megafaunal mammals, many of which became extinct around 10 kyr BP (before present). For much of the period investigated, Arctic vegetation consisted of dry steppe-tundra dominated by forbs (non-graminoid herbaceous vascular plants). During the Last Glacial Maximum (25–15 kyr BP), diversity declined markedly, although forbs remained dominant. Much changed after 10 kyr BP, with the appearance of moist tundra dominated by woody plants and graminoids. Our analyses indicate that both graminoids and forbs would have featured in megafaunal diets. As such, our findings question the predominance of a Late Quaternary graminoid-dominated Arctic mammoth steppe.

Now you just know I am gonna find this paper very, very interesting as I love the intersection of vegetation, landscape, and megaherbivore. Let us remind ourselves that this paper is about the fabled "mammoth steppe"- the stomping ground for much of the northern latitude megafauna that bit the dust about 10,000 years ago.

For the sake of brevity mammoth steppe has traditionally been imagined as basically an arctic Serengeti. Grasses, or as the authors like to call them "graminoids", were ubiquitous and accounted for the bulk of the diet of the herbivore hordes. But the study calls this interpretation of the mammoth steppe into question. Instead of grasses being the predominant plant type and fodder- forbs, essentially wildflowers, would have been numerous and diverse on the mammoth steppe. 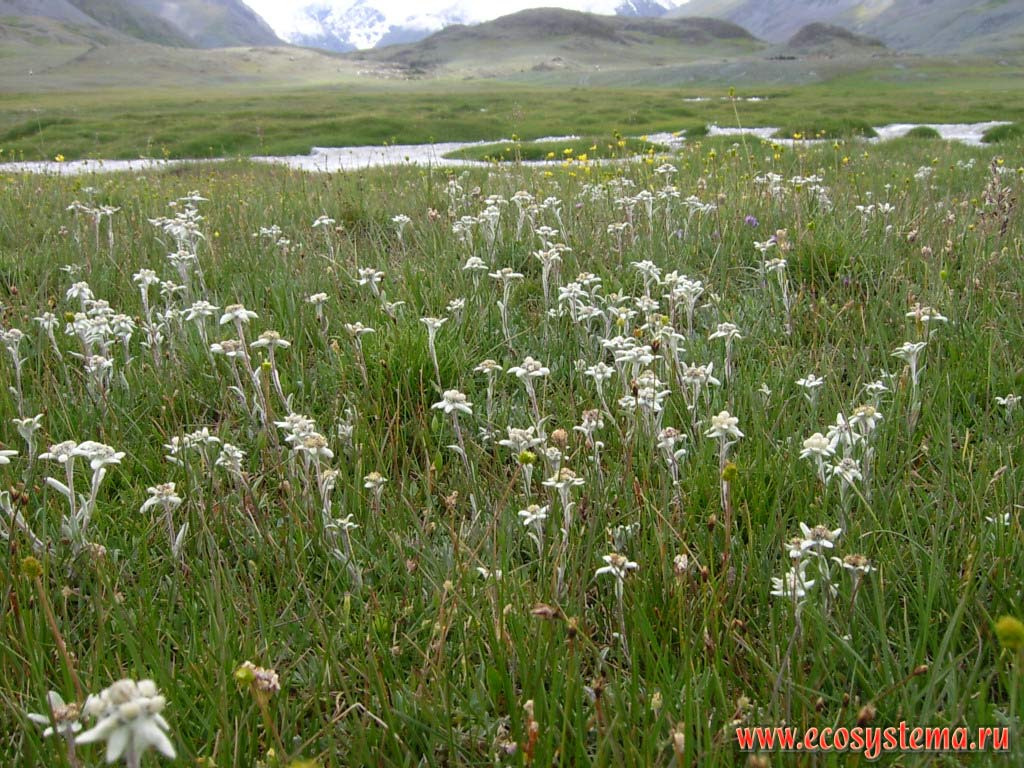 Specifically these wild flowers would have been not too far off from the seasonal wildflowers that grow in alpine meadows today. And intuitively this makes sense; the arctic tundra is a relatively new environment on the earth therefore one would expect that a guild of plants already pre-adapted to a short growing season to have an advantage in getting a good toehold in the tundra. And, as evinced from the gut contents and coprolites of the herbivores studied, forbs augmented a diet of grass for these animals and the high protein of these plants may have been pivotal in allowing such a diverse and large bestiary of northern megafuana to thrive in these high latitudes.

How and why this diverse landscape of brightly hued wildflowers diminished, seemingly in lock step with the herbivores that thrived on them, is up for debate. Parsimony would suggest that changing climate regimes, from cold and dry to more wet, likely played a role.

As the paper relates to some more broader issues in reconstructing past environments there are a couple take home messages that register for me.

Bias in the paleobotanical record. Grasses were assumed to be dominant because their pollen record is the richest. But grasses are dispersed by wind and therefore broadcast a relatively huge amount of pollen into the environment. Colorful flowers on the other hand are largely pollinated via insects and thus invest less heavily in amount of pollen. And therefore the pollen of flowers will be underrepresented compared to grasses.

If we have been missing the mark in reconstructing relatively recent environments of the Pleistocene, then this folly begs the question- how much are we missing/misinterpreting from environments going back deeper in time? I'm looking at you Mesozoic...

How much of a role did the large herbivores play in maintaining these wildflower habitats? Why do grasses dominant in east African large mammal dominated environments but forbs in the Pleistocene arctic? Does fire favor grasses in hot environments compared to forbs in relatively cooler and less fire prone environments?