Paleo-Myth Number 7: Dinosaur Suppression Was the Primary Stifling Agent of Mammals During the Mesozoic

Great competitors need, and are often times defined by, a great rival who will make them rise to their greatest potential. Magic needed Bird. The Yankees need the Red Sox. John McEnroe needed Bjorn Borg. And the US Woman's soccer team needs the Japanese Woman's soccer team.

It was scarcely a year ago that a Japanese squad captured the world's attention by beating a heavily favored American squad in the World Cup. Emboldened team play of the Japanese, inspired by the plight of their tsunami stricken homeland, provided some of the most captivating sports drama of the new millennium. In the 2012 Olympics the two teams squared off yet again, this time the US girls prevailed.

And while history will no doubt record the Japanese Woman's team as a special unit who seized a special "zeitgeist" moment in time, the US through their continued dominance of the sport, will no doubt be recognized as the greatest female soccer team of all time.

And since, oh, about 65 million years ago it is the mammals who have been winning in many of the earths' ecosystems. Although not always the most numerous in their environment, one is hard pressed to find examples of places in the world where the largest critter is not a mammal. The great morphological diversity of mammals should also be appreciated. Just consider the difference between a fruit bat and a beaked whale or a gibbon and a moose. Definitely more diverse than both extinct and extant dinosaurs, squamates, amphibia or arguably even fish in terms of body styles.

Clearly mammals are doing something right....

But it wasn't always golden days for class mammalia.

That herons and egrets have an inordinate fondness for all things cute and fluffy may be a shock to some- but it is a common behavior, especially among great blue herons. That these birds are doing something that their ancient progenitors did is not much of a stretch- tasty mammal flesh is high up on the preferred dinner of a lot of carnivores, past and present. Those tasty bundles of soft, scaleless cholesterol rich flesh have been sought after morsels for quite some time I would imagine.

One of the stranger behaviors I observed with my Tokay Gecko was that it took a particular interest in a batch of kittens that I had brought home. What it really keyed in one was the distinctive plaintive call of the kittens....Meeewww. Now some people feed their Tokay "pinkies" or even small mice- but I had never done that. The way the Tokay came out of hiding was almost like a predatory response to the mammalian yelps. Could this response to helpless mammal baby cries have been hardwired into the Tokay or perhaps other reptilian predators in the past? ....which inspired the pic below where I have drawn a sphenodont reptile taking off with a baby mammal. Mom has arrived, a little too late.


Indeed it is the persistent predatory pressure of predatory dinosaurs as well as dinosaurs monopolizing all the medium/large bodied terrestrial niches during the Mesozoic that is most often interpreted as the primary factors for mammalian suppression during that time. But how true is this notion?

While no doubt terrestrial stalking small theropods, as well as the young of large species, placed a heavy predatory toll on mammals- they were probably mostly generalist predators, like the heron, and ate whatever they could catch. Probably an equal threat to mammals during the Mesozoic were pterosaurs. Recently liberated from their ecological stereotype of "demented seagulls" the vast majority of pterosaurs are now interpreted as terrestrial predators- gleening a living from scavenging, dino hatchlings, and whatever other small fry they could overwhelm and put down their gullet. In addition to theropods and pterosaurs, various terrestrial crocs as well as evolving squamates- snakes and lizards- were all putting predatory pressure on the mammals.

So it appears that predatory dinos were only one component of a suite of predators that enjoyed mammal flesh during the Mesozoic. But what about the dinos dominance in terrestrial ecosystems? Did that thwart mammal growth?

The idea of dinosaurs being "big" is not without merit. The average dinosaur weighed in the order of several tonnes while, for the whole of the "Age of Mammals"- the Cenozoic, the average weight of a mammal is estimated at about 2-5 kg (5-10 lbs). So dinosaurs did not even particularly dominate in the size range that mammals appear to cluster at. With a few exceptions, why do we not see Mesozoic mammals thriving at the size range of say a small cat? Dinosaurs were not particularly specialized to exist at that size so why do we not see more mammals at this size that seems so optimal for them?

Well for one dinosaurs were occupying that size range, just not adult dinosaurs. Hatchling and infant dinosaurs would have easily been in the 5-10 lb range and would have acted as separate ecological species from the adults at this stage. Every season a new crop of hatchlings/yearlings would arise competing for food, burrows, hiding spots etc, etc. putting a lot of stress on that particular morpho-ecospace.

Although predatory pressure and competition from hatchling dinos doubtless suppressed mammal size during the Mesozoic the major obstacle to the mammals was neither. You see, just like the US woman's soccer team, mammals faced some direct competition that had to be bested in order for the furry ones to truly prosper.

A growing picture is emerging suggesting that sphenodonts (represened today by the Tuatara) and several radiations of terrestrial crocodiles- most notably the spenosuchians and the notosuchians- were the primary competitors to mammals during the Mesozoic.

I have already talked a bit about the unexpected diversity of Mesozoic crocodiles a bit here.
What I did not dwell on is the increasing realization that many of these crocs, especially the notosuchids, were experimenting with herbivorous/omnivorous diets and  evolving heterodont dentition.

What is interesting is that although several of these crocs weighed several hundred lbs, the majority were rather smallish- in the crucial 5-10 lb size range that mammals seem to covet so much. And mammals, before they could become water buffalo size would have first needed to diversify into that size range. These peculiar land crocs, some of which were the most common vertebrate in their habitat, were an impassable barrier to mammalian size diversification in many areas, especially Gondwana, during the Mesozoic.

You may have heard of the "living fossil" the Tuatara (Sphenodon) an island endemic of New Zealand. You may even have heard it is the last survivor of a formerly widespread family of lizard like lepidosaurs- the Spenodontia. But for most of us that is where our knowledge of sphenodonts ends- an isolated island endemic that can be active in 40 degree weather, which may not in fact be typical of Mesozoic sphenodonts and an "ancient, lizard like family". Well for many of us who don't live in the tropics our idea of a lizard might be a small, fly chasing reptile that runs away when you approach it- not this:

Tuatara are strong biters, eating large bugs and as in the pic above, small verts- chicks and eggs. It has a peculiar acrodont dentition where the teeth are literally projections of the bone and can chew with a forward/backward motion of the jaws. Oh yeah, it also has some type of third eye, can remain active in the cold, and grow to about 2 feet and 3 lbs.

When we look at the fossil record for this family we see some interesting stuff. Priosphenodon avaiasi was the largest sphenodont at up to a meter long and about 33 lbs.


In fact the diversity of sphenodont skull shape and feeding ecology is suggestive of a wide variety of feeding niches- herbivore, omnivore, insectivore...

Hmmm, sound familar? Just like the crocs I talked about earlier, sphenodonts, were a diverse group of critters that competed directly with mammals and actively suppressed them by monopolizing niches in the pivotal 2 lb and up range.

Mammals showed incredible diversity and filled multiple niches in the Mesozoic, they were simply not large. In the famous Morrison formation mammals exceed all other vertebrae groups in species diversity. Yet they do not exceed squirrel size. Interestingly the Morisson contained a cat sized terrestrial croc, Fruitachampsa, and several sphenodonts in the 2 lb range. Where we do finally see badger sized mammals, both sphenodonts and land crocs are rare or absent- such as in Maastrichtian North America or the Jehol Biota of China.

Sphenodonts had their heyday in the Triassic and Jurassic, becoming locally extinct in many areas during the Cretaceous. Land crocs held sway in the much of Gondwana until the KT event. Only then do we see mammals, having outlasted their stiff competition throughout the Mesozoic, seize their own zeitgeist resulting in the astounding diversity of forms with us today.

And some more Hope Solo just because... 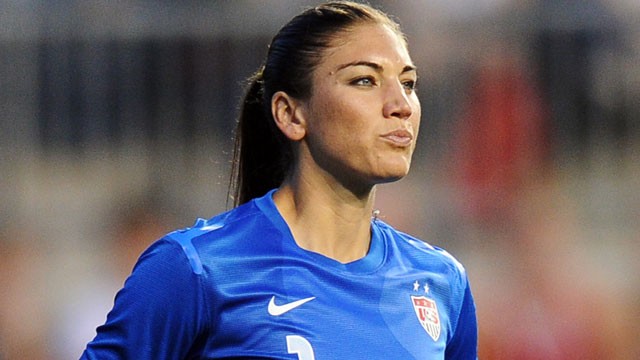 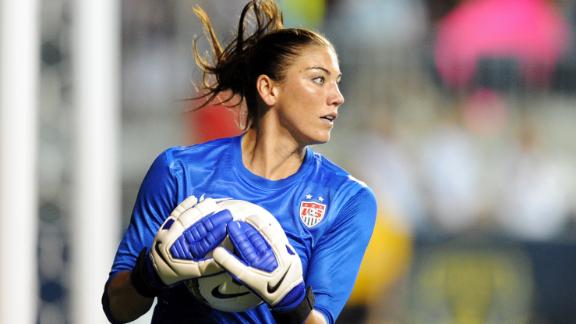